John Marx, AIA, is a co-founding principal and chief artistic officer of Form4 Architecture in San Francisco, California.  He is responsible for developing Form4 Architecture’s design vision and philosophical language.  In order to return a sense of humanity back into architecture, he advocates for the inclusion of Philosophy, Art, and Poetry in the thoughtful making of place by creating emotionally resonant architecture and urban spaces. He is a part time student of Absurdity, Paradox, Kindness, and Balance.

John’s design work and writing have been published in over 100 national and international publications. In 2018, the Architectural Review published his monograph “The Absurdity of Beauty – Rebalancing the Modernist Narrative”.  He has widely lectured on the topics of Design, Placemaking, Emotional Meaning and Cultural Vibrancy in Silicon Valley and places as diverse as Korea, Italy, Austria, Australia, Canada and the Technion in Israel.

John has been going to Burning Man since 2015 and has also written about the importance of its participatory culture with regard to the design process and as a catalyst for social change. Last year, John Marx was lead artist on “Andromeda Reimagined”, a widely celebrated architectural pavilion at Burning Man. In 2020 John was Architect and Co-Lead Artist for the Museum of No Spectators, which debuted virtually in July.

Form4 Architecture has received over 174 design awards and in 2017, John became a Laureate of the American Prize for Architecture. Curated by The Chicago Athenaeum and The European Centre for Architecture the award is recognized nationally and internationally as one of America’s highest public tributes for architecture in the United States. The American Prize for Architecture, is bestowed to an “outstanding practitioner in the United States that has emblazoned a new direction in the history of American Architecture with talent, vision, and commitment and has demonstrated consistent contributions to humanity through the built environment and through the art of architecture.”  He also won the 2017 Upstart Award which honors the most innovative, disruptive, and creative business professionals throughout the SF Bay Area.

GAFF/ ECC showed John Marx’s work at the Venice Architecture Biennale in Italy in 2016. In 2018, they exhibited his research on ‘2nd Century Modernism – Reflections on Abundance’.  2021 sees the exhibition of his watercolors and poetry at Palazzo Mora during the Venice Biennale.

ORO press has recently published an award winning 160 page book entitled “ ETUDES The Poetry of Dreams + Other Fragments”.  This book focuses on 84 of John’s watercolor paintings as well as 42 poems.

John has served on the Board of the Magic Theatre in San Francisco from 2009 thru 2020 and has chaired its Board over five years. The Magic Theatre honored him with the Sam Shephard Legacy Award in 2018.  John joined the board of the San Francisco Art Institute in 2020, SFAI is one of the oldest and most prestigious art schools in the United States. 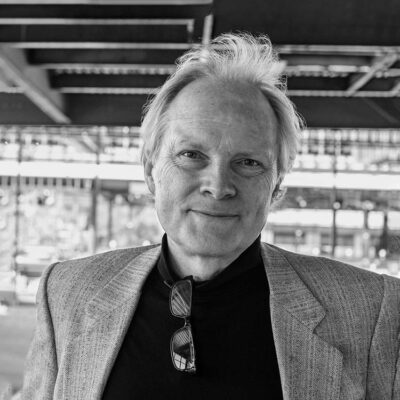